United: Injured Anderson Out until February 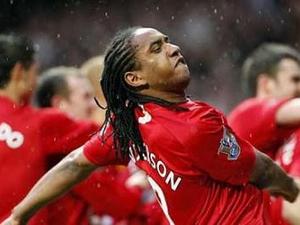 Manchester United manager Alex Ferguson says Brazil international Anderson will be out of action until February because of a knee injury, further limiting the team's midfield options at a crucial time of the season.

Ferguson says Anderson, who last played for United on November 2, has "been sent to Portugal to see a specialist who operated on him before."

With Tom Cleverley not expected back before Christmas because of an ankle problem, Ferguson is without the players who were his first-choice central-midfield pairing at the start of the season.

United must avoid defeat against FC Basel next month to qualify for the last 16 of the Champions League and also has a hectic domestic schedule in the run-up to the New Year.