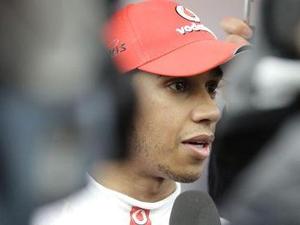 Despite only being in fifth place ahead of the season-ending Brazilian Grand Prix, Lewis Hamilton describes 2011 as "a year of growth" and is expecting McLaren to field a competitive car from the start of the next Formula One season.

The 26-year-old Briton is coming off his third victory of the year after winning at the Abu Dhabi GP, but he has struggled most of the season behind the Red Bulls and its winner of the drivers' championship, Sebastian Vettel.

Hamilton is not considering 2011 a failure, though, saying the team has "learned a lot of lessons."

He says it was "I hope that in the future I look back and think that I took a lot from this year" and "I think next year's car will start on the right foot, on the right track."