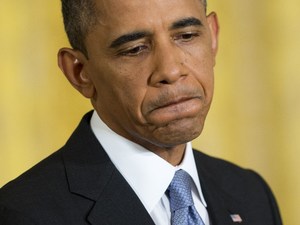 "This is a serious event," Governor John Bel Edwards said of the "historic" record floods.

"This is ongoing," he added. "This is not over," even with the rains lessening as they move west and the sun appearing in some flooded areas.

The flooding submerged large parts of the region on Sunday, three days after water-swelled streams and rivers began rising.

Local, state and national agencies have been working together to rescue residents.

Thousands were evacuated in Livingston Parish, near the capital Baton Rouge, the sheriff's department told local media, with 100 people still waiting for help.

The Louisiana National Guard said it had rescued nearly 500 people and 61 pets, including 15 rescues by air.

The Coast Guard said its helicopters rescued more than 50 people from rooftops, vehicles and trailers on Saturday.

In one dramatic rescue in Baton Rouge captured on video, rescuers on a boat pulled a woman from a car that had just slipped under water.

A rescuer jumps into the murky brown water and pulls her out by the arm. When she tries to dive under for her dog, he goes underwater and reappears holding the dog.

Most of the flooding has been around the capital Baton Rouge.

Edwards said he and his family were forced to leave the governor's mansion after water filled the basement, shutting off electricity.

"I have traveled to affected areas and have seen the destruction caused by this unprecedented flooding," he said.

"We are thankful for the federal government's quick response to our request for an emergency declaration. This is an ongoing event, and we are confident that every available state and federal resource will be brought to bear."

"Showers and thunderstorms will develop along and near the front from the Northeast to the Ohio Valley to the Southern Plains/Lower Mississippi Valley through Tuesday," it said.

The heavy rains began Friday, with between six and 10 inches (15 to 25 centimeters) of rain falling on parts of southeast Louisiana, and several more inches on Saturday, the National Weather Service said.