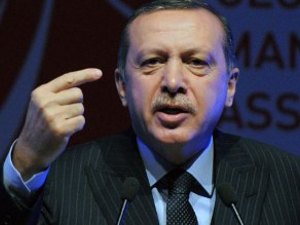 Turkish President Recep Tayyip Erdogan said Monday he proposed, to the U.S. and Russia, the setting up of a no-fly zone in northern Syria, after Ankara-backed fighters pushed the Islamic State group from the border area.

"We are working for this region to be declared no-fly zone," Erdogan said at the G20 meeting in China, referring to the land extending from Jarabulus to Azaz in northern Syria seized from IS jihadists.

"This is my proposal to Mr Putin and Mr Obama. This can be done with coalition forces," he added in televised comments.

Turkey launched an ambitious operation inside Syria on August 24, sending tanks and special forces in to back opposition fighters.

On Sunday, IS jihadists were expelled from their last positions along the Turkish-Syrian border depriving the group of a key transit point for recruits and supplies.

Ankara has often called for a safe-zone inside Syria, backed up with a no-fly zone, as it is currently hosting more than 2.5 million refugees who fled the over five-year civil war.

In China, Erdogan said he told all world leaders at the Antalya summit last year that "in Syria a safe zone could be set up... and we could solve the refugee crisis."

He added: "Now in this summit, to all of our friends, we have brought up this issue and told them this."

The Turkish president also said his country was cooperating with Russia for a ceasefire to be declared in the Aleppo region before the Eid al-Adha Muslim holiday, which is due around September 12.

"We are currently cooperating with Russia in the region of Aleppo. We are working for a ceasefire to be declared in the region... and the people of Aleppo saved from the bombs."

Neither the USA nor Russia want a no-fly zone. If a no-fly zone was implemented 3 years ago, there will be no assad today, no hezbollah, and no refugees in Lebanon or in Europe.

If it were not for US, EU, turkish, saudi and qatari finances, weapons and political support, the terrorist groups wouldn't have existed in the first place and the war would have never happened.

Only difference is that the "west" and it's middle-eastern cronies are violating international law by interfering in a sovereign country without mandate, while Russia is there by agreement with the -UN recognized- legitimate government of Syria.

he disagrees, although doubt he wanted you to sound foolish

Sobhani, advisor in Iran’s Foreign Ministry and Iran’s former envoy to Lebanon, criticized the Assad regime, saying, "The Syrian people initially protested peacefully for legitimate demands, but the Assad regime tried to suppress the demonstrations with excessive force which led to the emergence of armed groups later," and pointing out that if the Syrian state had taken measures at the beginning of the demonstrations to meet the legitimate demands of the protesters, the situation would not be like it is today. - Nov 28, 2014

he disagrees, although doubt he wanted you to sound ignorant

Russian President Vladimir Putin: "Syrian President Bashar al-Assad could have avoided civil war by responding more quickly to demands for political change. The country was ripe for serious changes, and the leadership should have felt that in time and started making changes. Then what is happening would not have happened" - Jun 11, 2013

he disagrees, although I doubt he wanted you to sound ridiculous

Syrian VP Farouk Al-Sharaa, in an Al-Akhbar Exclusive: "At the beginning of the mobilization, the authorities begged for the appearance of a single armed person or a sniper at the top of one of the buildings. I do not deny that some of us acted as if the dialogue was unnecessary and whispered this to the leadership. So it distanced itself under the pretext that the internal and external opposition saw it as one of the regime’s charades. In the end, this finished off the political dialogue and opened the doors wide for the dialogue of bullets and guns. The drop in the number of peaceful protesters led one way or another to the rise in militants. The way events are heading will lead to an uncomfortable place where things will definitely go from bad to worse." - Dec 17, 2012

Erdogan can propose but not implement this, He bows to Putin now.