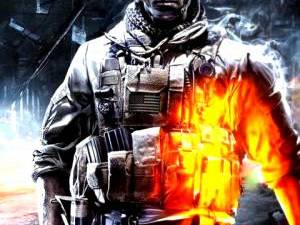 Iran has banned a popular computer game, "Battlefield 3", depicting U.S. armor and aircraft launching an assault on Tehran, an Iranian IT magazine reported.

"All computer stores are prohibited from selling this illegal game," an unnamed deputy with the security and intelligence division of Iran's police said in a statement carried by the Asr-e Ertebat weekly.

A Tehran-based IT union warned all shops to abide by the ban.

"Battlefield 3", made by U.S. videogame company Electronic Arts (EA), is based on a fictional near-future in which players take on the role of U.S. Marines tackling shoot-em-up missions in Paris, New York and Tehran.

The game -- EA's top-selling title -- can be played as a solo campaign or as a group mission with up to 24 players online.

The Iran scenario sees U.S. forces fighting hostile militia near the Iraq-Iran border then moving on to Tehran under a looming nuclear threat.

Intense gunfights are depicted in various military, industrial and urban locations in the capital, including Tehran's historic Grand Bazaar.

According to EA, five million copies of "Battlefield 3" were sold within a week of it hitting the market on October 25. The game is available on DVD-ROM and as for download from the Internet.

EA has no resellers in Iran. But pirated copies of all major videogames and computer software are widely available.

It is the first time an official ban on the game was reported. But some computer store owners said they had declined to stock "Battlefield 3" since its release, anticipating the crackdown on it.

"I do not have any copy of the game," said Hamid, a shop owner who requested his last name not be used.

Iranian police overseeing public places "raided (some shops) and arrested owners for selling the game secretly" even before the ban became public, he said.

Agence France Presse was unable to confirm the claim.

The Fars news agency said the game had prompted an online protest by a group of "Iranian youths."

"We understand that the story of a videogame is hypothetical ... (but) we believe the game is purposely released at a time when the U.S. is pushing the international community into fearing Iran," the group said in an online petition, with more than 5,000 signatories so far.

Battlefield 3 is developed by a Swedish, not US company. Electronic Arts is merely the publisher...