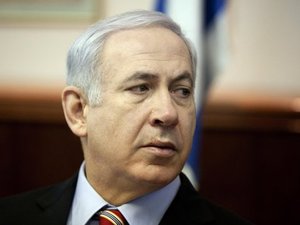 "Shimon dedicated his life to the rebirth of our people," Netanyahu, who was a political rival of Peres, said in a statement.

"As a visionary he looked to the future. As a champion of Israel's defense, he strengthened its capacities in many ways, some of them still unacknowledged to this day," he added, referring to Peres' role in the development of Israel's undeclared nuclear program.