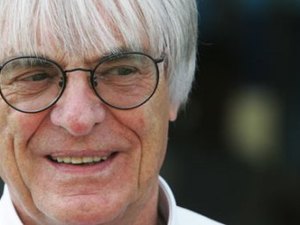 "I think in the next few years Europe will be left with only five races," Ecclestone was quoted as saying in an interview with top Spanish sports daily Marca.

"I think Europe is finished. It will be a good place for tourism but little else. Europe is a thing of the past."

He did not name which races in Europe he thought would survive, but said he wanted to keep the total number of Grand Prix in a season at 20 while expanding to Russia and considering new locations such as South Africa and Mexico.

"Russia for sure, we have a contract there" for a race in Sochi, southern Russia, Ecclestone said. "Maybe South Africa, Mexico," he added.

The 2012 Formula One calendar has eight European dates including five old classics - the Monaco, British, Belgian, Italian and German Grand Prix. The other European dates are in Budapest, Barcelona and Valencia.

France, the historic cradle of motor racing, has not held a Grand Prix since 2008.

Questioned about Europe's status as the spiritual home of Grand Prix, the sport's top executive responded: "It used to be."

He said he was "very happy, like everyone" at the success of the Korean Grand Prix since its launch in 2010 at the Yeongam racetrack, which joined the ranks of other popular Asian circuits such as Shanghai and Kuala Lumpur.

"We never thought we would have Korea on the calendar," Ecclestone said.

Earlier this month Ecclestone said that the first United States Grand Prix, penciled in for November 2012 in Austin, Texas, was likely to be called off when the sport's governing body FIA meets on December 7.

"I think they have internal organization problems," he told Marca, without elaborating.

U.S. organizers have said they are still keen to host the Grand Prix in Austin, even if the debut is moved back a year.

Ecclestone has scheduled another Stateside Grand Prix in New Jersey in 2013.