Tokyo to Use Cherry Blossom for 2020 Olympic Bid 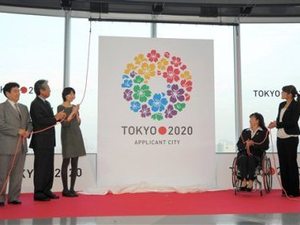 Tokyo will use Japan's most celebrated flower — the cherry blossom — in its bid to host the 2020 Summer Olympics.

Tokyo's 2020 bid committee unveiled its bid logo on Wednesday, becoming the first if the six applicant cities to do so.

The logo is a wreath of cherry blossoms incorporating the Olympic colors of red, blue, yellow and green plus purple, which features prominently in Japanese cultural icons.

Organizers said the wreath signified eternity, happiness and a continuous unbroken cycle, while also symbolizing Japan's recovery from the March 11 earthquake and tsunami.

"We believe the logo will play a major role in our bid," Japanese Olympic Committee President Tsunekazu Takeda said. "The logo will be appreciated by people in Japan and around the world."

Tokyo, which hosted the 1964 Olympics and campaigned for the 2016 Olympics but lost out to Rio de Janeiro, is up against Doha, Qatar; Istanbul, Turkey; Madrid; and Rome.

The candidate cities will submit their plans for the games to the International Olympic Committee by February next year and the IOC will select the host city in Sept. 2013.

Tokyo is promoting its 2020 bid to be a symbol of Japan's recovery from the earthquake and tsunami that left nearly 20,000 people dead or missing on Japan's northeast coast.

The JOC has said if Tokyo wins the right to host the 2020 games, regions affected by the earthquake, tsunami and the ensuing nuclear crises, could host some events such as football.