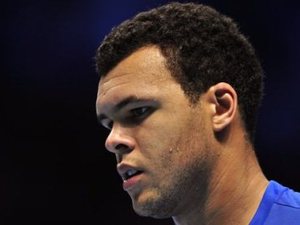 The home of France's Jo-Wilfried Tsonga was burgled while he was playing against Roger Federer in the final of the ATP World Tour Finals in London, Swiss newspaper Le Matin reported on Wednesday.

The paper cited the player, who said he hoped he would still be able to "recognize his house" when he returns to Switzerland.

Tsonga has lived in Gingins, a village close to the border with France, since July 2009.

The alarm was raised on Monday morning by a neighbor, who noticed that one of the windows had been forced open.

On Tuesday, the shutters at the villa remained closed.