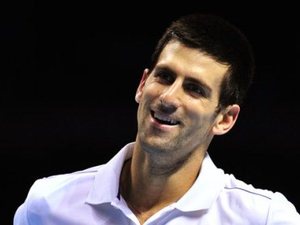 "Djokovic has a small but not insignificant part in 'Expendables 2', where he plays himself," Dimitar Dereliev from Nu Boyana told AFP.

The tennis star spent just over a day filming in Sofia and left early Wednesday, he added.