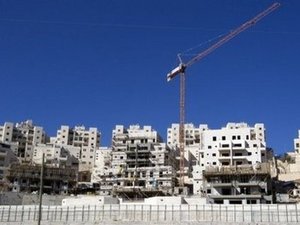 Israeli ministers on Sunday approved draft legislation that would retroactively grant legal status to wildcat settlements across the West Bank in defiance of international law.

US State Department spokeswoman Elizabeth Trudeau said Washington is "deeply concerned" by the proposal. "We hope it does not become law," she said.

"This would represent an unprecedented and troubling step that's inconsistent with prior Israeli legal opinion and also break longstanding Israeli policy of not building on private Palestinian land."

"Our policy on settlements is clear. We believe they are corrosive to the cause of peace," she added.

"This legislation would be a dramatic advancement of the settlement enterprise, which is already gravely endangering the prospects for a two-state solution."

Despite friction between the two sides, President Barack Obama's administration has maintained the close US alliance with Israel and recently signed the biggest military aid deal in American history with Prime Minister Benjamin Netanyahu's government.

Last week, American voters chose Donald Trump as Obama's successor and, although the Republican is new to foreign policy, some expect him to abandon or soft-pedal the long-standing US support for an Israel-Palestinian peace deal based on two states side-by-side within agreed borders.