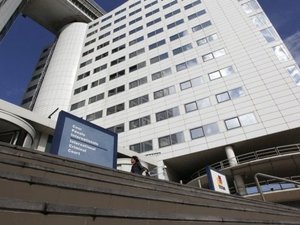 Russia said Wednesday it is formally withdrawing its signature from the founding statute of the International Criminal Court, saying the tribunal has failed to live up to the hopes of the international community.

Russia in 2000 signed the Rome Statute setting up the ICC, the world's first permanent war crimes court, but never ratified the treaty.

"The court did not live up to the hopes associated with it and did not become truly independent," Russia's foreign ministry said, describing its work as "one-sided and inefficient".

Moscow said it is unhappy with the ICC's treatment of the case on Russia's short war with neighbouring Georgia in 2008, saying the court ignored aggression by Tbilisi against civilians in South Ossetia -- a pro-Moscow separatist region of Georgia.

"In these conditions one cannot speak of trust in the International Criminal Court," the ministry said, adding that the decision to "not be a participant in the ICC statute" was taken by President Vladimir Putin and entails "withdrawing the signature from this document".

This has nothing to do with the war crimes committed by the Putin and Assad regime in Syria. It is a plan to fight imperialism, Jihadism and Sunni fundamentalism. Would the Mullahs amen corner enlighten us please. I am so lost without their guidance.