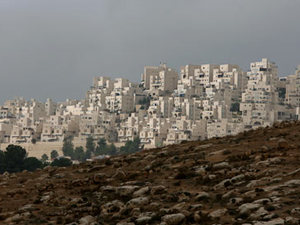 Refuting reports that ties had been suspended, foreign ministry spokesman Emmanuel Nahshon said that Israel was "temporarily reducing" visits and work with embassies.

"Until further notice, we’ll limit our contacts with the embassies here in Israel and refrain from visits of Israeli officials to those states, and of visits of officials from those states here," he told AFP.

Israel has already called back its ambassadors to New Zealand and Senegal for consultations, and cancelled aid programmes with the African state.

On Tuesday, Israel informed Angola it would be freezing its aid programme there, Nahshon said.

Israeli media have reported that Prime Minister Benjamin Netanyahu, who also serves as foreign minister, has asked officials to visit the countries that voted for the resolution as little as possible for now.

At least two trips have been cancelled or postponed, including this week's visit to Israel by Ukrainian Prime Minister Volodymyr Groysman and an upcoming visit by the Senegalese foreign minister.

There have also been reports that Netanyahu was calling off a meeting with British Prime Minister Theresa May at next month's World Economic Forum in Davos, but there has been no official confirmation.

Deputy foreign minister Tzipi Hotovely said Tuesday she was concerned that Israel would miss opportunities to explain its position by cancelling visits, but that she supported making clear "you can't take Israel for granted."

Countries should not be able to "make pilgrimages to Israel to learn about fighting terror, cyber-defence and agricultural technologies, and in the UN do whatever you want," she told army radio.

Netanyahu and other Israeli officials have responded with especially harsh language to Friday's Security Council resolution which passed after the United States abstained from voting.

Netanyahu has alleged that US President Barack Obama "colluded" to see the "shameful" resolution through in the waning days of his administration.

By deciding not to veto the move, the United States enabled the adoption of the first UN resolution since 1979 to condemn Israel over its settlement policy.

- 'Not turn other cheek' -The text was passed with support from all remaining members of the 15-member council.

Israel summoned ambassadors of countries that voted for the resolution on Sunday -- Christmas Day -- while Netanyahu also met with US ambassador to Israel Dan Shapiro.

Security Council members such as Russia, China and Britain are key to Israeli diplomacy or trade and some analysts suggested the measures being taken were more symbolic than substantive.

The United States is Israel's most important ally and provides it with more than $3 billion per year in defence aid.

On Monday, Netanyahu defended his response to the UN vote in the face of criticism that he was overreacting, saying "we do not turn the other cheek".

I disrespect ex-fpm for calling his adopted country "the arrogance"
By the authority vested in me, I hereby revoke your honorary citizenship

You've got some weird fetish for rabbi's now huh Movaten?

once the UN security council voted unanimously with usa abstention, met with applause in a packed chamber, the whole world is against the apartheid state so-called Israel.

God willing, they will carry through with this statement and "reduce" their ties with the United States of America. America can use the relief.

Can't always get what you want kiddies! Same goes for Iran and KSA. This condemnation was the right thing to do, and perhaps the only good thing Obama did.