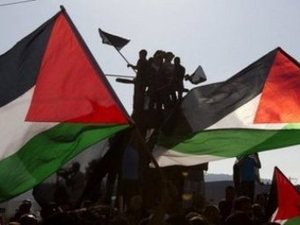 Representatives from around 70 nations are to meet in Paris on Sunday to try to chart a course toward restarting moribund Israeli-Palestinian negotiations.

Here is a brief explanation of one of the world's most intractable conflicts.

- What is the conflict?

The conflict in its modern form dates back to 1947, when the United Nations proposed two states on the territory -- one Jewish and the other Arab. Israel came into being as a nation the following year.

In 1967, Israel seized the West Bank and east Jerusalem from Jordan during the Six Day War with neighboring countries.

It later annexed east Jerusalem, where key Christian, Jewish and Muslim holy sites are located, and continues to occupy the West Bank.

The Oslo accords of the 1990s laid out what is commonly referred to as the peace process.

Efforts at an agreement have been centered on a two-state solution based on pre-1967 borders, with Jerusalem as a shared capital. It would see Israel withdraw from territory it occupied, though likely with land swaps.

It is also meant to resolve longstanding issues such as the status of Jerusalem -- one of the most difficult in the conflict -- and the right of return for Palestinian refugees and their descendants.

But more than two decades after the Oslo accords, the Israeli occupation remains and two deadly Palestinian intifadas have erupted, in addition to sporadic violence that continues today.

There have been growing warnings that the chances of a two-state solution are slipping away. The Paris conference's aim is to put it back on track.

- Why are negotiations stalled?

Both the Israelis and Palestinians say they are willing to talk, but haven't done so face-to-face since 2014.

The Palestinians say years of negotiations have not ended the occupation and have pursued an international approach.

They want a stop to Israeli settlement building before further talks, among other demands.

Israel wants face-to-face talks and calls on the Palestinians to recognize the country as a Jewish state.

The Palestine Liberation Organization has long recognized Israel, but it believes doing so as a Jewish state would preempt negotiations on refugees' right of return.

Israeli Prime Minister Benjamin Netanyahu leads what is seen as the most right-wing government in the country's history, with members of his cabinet opposed to any Palestinian state.

Palestinian President Mahmoud Abbas has grown unpopular, with a recent poll showing some 64 percent of Palestinians want the 81-year-old to resign.

He also doesn't control the Gaza Strip, another part of the Palestinian territories and which is run by Hamas, the Islamist movement that refuses to recognize Israel.

- What role do settlements and violence play?

There are now around 600,000 Israelis living in West Bank and east Jerusalem settlements, considered a major obstacle to peace since they are built on land the Palestinians see as part of their future state.

Many warn that settlement expansion is eating away at any chance of a two-state solution.

A U.N. Security Council resolution passed on December 23 called for a halt to settlements after the United States did not use its veto -- the first such successful resolution since 1979.

At the same time, Israel argues that the conference rewards Palestinian violence.

A wave of Palestinian knife, gun and car-ramming attacks, mainly by lone-wolf assailants, erupted in October 2015.

The violence has greatly subsided in recent months, though sporadic attacks continue. On January 8, a Palestinian rammed a truck into a group of Israeli soldiers, killing four of them.

- What to expect from the conference?

The conference will be held without the Israelis and Palestinians.

Israel has rejected the meeting, with Netanyahu saying he will refuse international "diktats," but the Palestinians have welcomed it.

Abbas spoke by telephone with French President Francois Hollande ahead of the meeting and will visit Paris "in the coming weeks" for bilateral talks, Hollande's office said Thursday.

For the Palestinians, the mere fact that the conference is being held is a victory.

But they also want concrete results, such as a follow-up mechanism and a timeframe to end the occupation.

The inauguration of Donald Trump as U.S. president on January 20 will likely bring far more favorable Washington policy toward Israel.

Trump condemned the U.N. resolution against settlements and has nominated David Friedman, a supporter of settlement expansion, as his Israeli ambassador.

On Tuesday, a senior Palestinian official said when it comes to Trump "all indications are negative."

Israel fears the Paris conference will produce measures that will be taken to the U.N. Security Council before Trump becomes president.