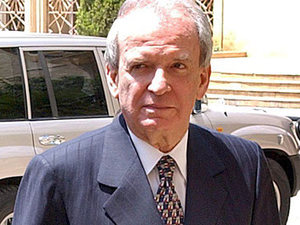 “Aoun's visits to Saudi Arabia and Qatar turn the page on ambiguities and open a new chapter with the Arab brothers, and Lebanon is now practicing a more independent foreign policy,” Hamadeh told al-Mustaqbal newspaper in remarks published Sunday.

“A lot of Arab capitals are awaiting the factors of time and action in order to become more reassured,” the minister added.

Arab tourists will return to Lebanon and the Arab countries “will deal positively with the pending issues,” Hamadeh went on to say.

And apparently referring to Hizbullah, the minister also noted that “the Arab brothers do not want to besiege Lebanon and hold it fully responsible for the actions of some Lebanese parties.”

absolutely and it is clear that Lebanon has a more independent foreign policy that does not interfere in other countries domestic affairs: