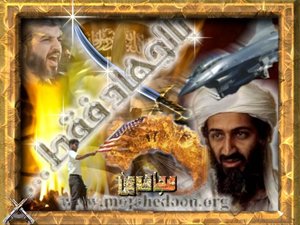 Al-Qaida's online propaganda is minting few militants willing to go out and actually carry out attacks but is a valuable source for intelligence agencies and law enforcement, U.S. experts said Tuesday.

"Thankfully, the vast majority of youth who watch and read al-Qaida propaganda are either unaffected or choose not to act," William McCants, an analyst for the Center for Naval Analyses (CNA), told a congressional panel.

"We don't have reason to believe that large numbers are being swayed by this propaganda, much less going the extra step and taking action," McCants told the House Homeland Security Subcommittee on Counterterrorism and Intelligence.

In calling the hearing on "Jihadist Use of Social Media," the subcommittee chairman, Representative Patrick Meehan, said it would focus on "government and private sector efforts to minimize jihadi content on mainstream websites."

"We cannot ignore the reality that we've been unable to effectively prevent jihadi videos and messages from being spread on popular social media websites like YouTube and Facebook," Meehan said in his opening statement.

But McCants and two other al-Qaida experts who testified before the House panel said it would be largely counterproductive to try to scrub the Internet of al-Qaida-linked activity.

"The first priority should be monitoring and not taking down content," said McCants, the analyst for the CNA, a federally funded research and development center for the U.S. Navy and Marine Corps.

He said the U.S. law enforcement has "done a fair job in finding al-Qaida supporters online and arresting them before they hurt anyone."

"Focus more on following the smoke and looking for the fires of criminal activity," McCants said. "And focus less on removing incendiary material."

Brian Jenkins, a senior advisor at the Rand Corporation, said "many would-be jihadists begin their journey on the Internet.

"Of these, a few go beyond the Internet to seek training abroad or to plot terrorist attacks here," Jenkins said. "But overall the response in America to al-Qaida's intense marketing campaign thus far has not amounted to very much.

"Al-Qaida has created a virtual army which has remained virtual," he said.

"That doesn't mean, however, that we ought to be sanguine about the future on this," Jenkins said. "This is something that requires continual monitoring.

"And so rather than devoting vast resources to shutting down content and being dragged into a frustrating game of Whac-a-Mole -- as we shut down sites they open up new ones -- instead, we probably should devote our resources to facilitating intelligence collection and criminal investigations," he said.

Al-Qaida's reliance on the Internet may be working against the group in some ways, according to the experts.

The Internet offers al-Qaida sympathizers "the means of vicariously participating in the jihadist struggle without incurring personal risks," Jenkins said, making it a "kind of psychologically satisfying video game."

Andrew Weisburd, director of the Society for Internet Research, told the panel that YouTube is "perceived as something of a risk because it's where jihadist content can be put in front of a mainstream audience."

"There's always some concern that this content is going to be appealing to some people who otherwise might not be exposed to it," he said.

"How great a risk that is I think is easily overstated," he said. "I'm not particularly alarmed about it."

McCants said it would become more difficult to monitor jihadist activity as participants gravitated from open discussion forums to closed social networking sites such as Facebook.

"It's a lot more difficult to gain access," he said. "I mean you can't just make a friend request and expect it to be answered."

Weisburd said the September 30 death of U.S.-born cleric Anwar al-Awlaqi in Yemen in a suspected U.S. air strike was a big blow to al-Qaida’s propaganda machine.

Awlaqi, leader of external operations for al-Qaida in the Arabian Peninsula, was "particularly good at taking the core message of what they call global jihad and synthesizing it and speaking directly to his followers.

"Because he worked in English first and foremost, his material was accessible to everybody who doesn't read and write and speak Arabic, which is a much larger potential audience for his message," Weisburd said.

U.S. investigators have alleged that U.S. Army Major Nidal Hasan, accused of killing 13 people and wounding 32 at Fort Hood, Texas, in November 2009 had been in contact with Awlaqi.