Iran Says 'Virtual Embassy' an Admission of Error by U.S. 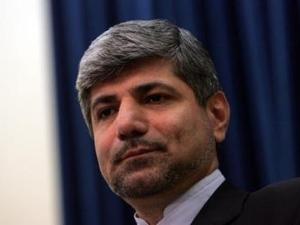 The establishment by the United States of an Internet-based "virtual embassy" for Iranians is an admission it should not have cut ties with the Islamic republic, the foreign ministry said Thursday.

The initiative will also fail in its intended aim of bringing Washington's message to the Iranian people, ministry spokesman Ramin Mehmanparast said in a statement published on the state television website.

The establishment of the "virtual embassy" amounts to "an admission by the U.S. government that it made a big mistake in cutting ties (with Iran) and turning its back on the Iranian nation," the statement said.

"But virtual initiatives cannot compensate for this mistake. It cannot carry out its stated objective -- conveying America's message to the Iranian people," he said.

The United States opened the Internet-only "embassy" on Tuesday, saying it wanted to reach out to Iranians despite the absence of official ties, and vowed to break through the Islamic regime's "electronic curtain."

Access to the website, http://iran.usembassy.gov/, was blocked in Iran hours after its launch, and instead showed a message in Farsi saying: "In accordance with computer crime laws, access to this website is not possible."

Mehmanparast said in the statement the U.S. government would do better to "seek to alter its approach and attitude" towards Iran "in an honest manner."

The message Iranians have received from the U.S. in the past three decades, he said, was "sanctions, support for (anti-Iran) terrorist groups, all-out but unsuccessful confrontation with Iran's technological development, and spreading baseless accusations against Iran."

The United States and Iran broke off diplomatic relations after militant students seized the U.S. embassy in Tehran in 1979, taking 52 Americans inside hostage for 444 days.

The "virtual embassy" website offers U.S. policy statements in English and Farsi, gives information on U.S. visas, and provides news from the U.S.-funded Voice of America.

In a welcome video message on the website, Secretary of State Hillary Clinton voiced hope that the platform would provide a way for Americans and Iranians to communicate "openly and without fear."