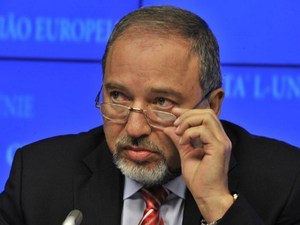 Lieberman said the alleged attack in the neighbouring country was carried out "on the direct and premeditated command of Syrian President Bashar al-Assad with Syrian planes."

"I say this with 100 percent certainty," Lieberman told the Yediot Aharonot daily, according to excerpts from an interview published on the paper's website.

He did not say what his certainty was based on.

At least 86 people were killed on Tuesday in rebel-held Khan Sheikhun in Idlib province in the suspected chemical attack.

The minister criticised the international community, saying there had been "zero" reaction.

Britain, France and the United States on Wednesday held off calling a vote at the UN Security Council on a resolution demanding an investigation after Russia suggested it would veto it.

Asked whether Israel should be more directly involved in the war in Syria, Lieberman replied, "Why would it be up to us to do the work of others? It is the responsibility of the international community."

Israel has sought to avoid being dragged into the six-year Syrian conflict, but has acknowledged carrying out strikes to stop advanced weapons deliveries to Hezbollah, with whom it fought a devastating war in 2006.

Syria and Israel remain officially at war, though the border was quiet for decades until Syria's civil war began in 2011.

Russia also supports Assad and Netanyahu has held a series of talks with President Vladimir Putin in recent months to avoid accidental clashes in Syria.

Southern are you working for HRW now?

The killer accuses others of killing. If any Muslim or Arab stands with Israel then they are followers of jews and not nabih Muhammad, just like Yazid did.

You justify the killings israel did saud yahoud. Israel killed 500 Sunni children in Gaza in year 2014, now they back you in the accusation of Assad.

Wahabism is the creation of jews, that explains everything.
You always feel closer to Israel than you do with the Shia or Sunni Palestinians.

there's a huge difference between zionists and jews but also a difference between israelis and zionists. The 3rd or 4th generation of jews of the first zionists who are born where they are born, call it Palestine if you want belong there. They have no other place to go. Just like you Shia people came from Yemen and occupy parts of Lebanon today or even I who have some Ottoman blood. We have nowhere else to go, do we now? It is up to the Israelis and Palestinians to deal with their own fates, it's none of our problem and it certainly shouldn't be tied to sects.

Well if you disagree, feel free to pack a million rugs and move back to Mokkah with your Shia brothers.

So why are you so hyped about Syria but not Palestine you salafis?

Who benefits? The Zionists.