Israel Condemns Le Pen Comments on WWII Round Up of Jews 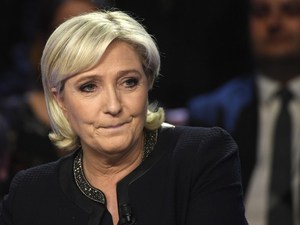 Le Pen said Sunday that "I don't think France is responsible for the Vel d'Hiv," referring to the round-up of more than 13,000 Jews at the Vel d'Hiv cycling track ordered by Nazi officers in 1942.

"We condemn the declarations by Marine Le Pen stating that France is not responsible for the deportation of Jews from its territory during the Holocaust," Israel's foreign ministry said in a statement.

"The declaration is contrary to the historical truth, which has been expressed by French presidents who have recognised the country's responsibility for the fate of French Jews who died in the Holocaust."

Speaking ahead of the first round of France's highly unpredictable presidential election on April 23, Le Pen said that "I think that generally speaking if there are people responsible, it's those who were in power at the time. It's not France."

Several opinion polls show a tightening race between the top four candidates in the French election, with support for frontrunners Le Pen and centrist Emmanuel Macron slipping back and conservative Francois Fillon neck-and-neck with Jean-Luc Melenchon of the far-left.

She's out, that's the one group you can't insult.