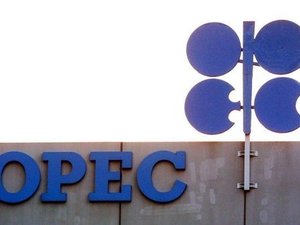 Kuwait’s oil Minister Mohammad al-Baseeri said on Tuesday that OPEC will likely keep its official production quotas unchanged, while Iran’s oil minister Rostam Qasemi said that they would reach consensus over its latest output decision, in contrast to its last meeting which was hit by deep division among cartel members.

Qasemi had told reporters on arrival in Vienna, where the 12-nation Organization of Petroleum Exporting Countries holds its production meeting on Wednesday, "Whatever the decision will be, it will be made all together."

"We will have the meeting, and then we will decide" what to do regarding output quotas, he added. Iran currently holds the rotating presidency of OPEC.

"The (oil) market is currently balanced and there is no shortage or excess in supplies which resulted in relatively stable prices that remained above $100 a barrel," Kuwait’s Minister Baseeri told the official KUNA news agency in Vienna.

"This balance could probably lead OPEC not to change its current production ceiling," said Baseeri.

He however said that the final decision depends on talks that would be held between OPEC ministers who would also discuss the Eurozone economic crisis, slow U.S. growth, high inflation in China and Libya's rising production.

Baseeri said a sharp drop in supplies would send oil prices soaring, harming the interests of consumers and producers as well, adding that the interests of all parties is to keep crude price balanced and stable.

The Kuwaiti minister has said the emirate has boosted production to above 3.0 million barrels per day in October, way ahead of its official quota of 2.22 million bpd.

The cartel must decide whether to change its oil production levels in the face of heightened Iran tensions, higher Libyan output and a weak economy.

At its last meeting in June, a divided OPEC failed to agree to boost output to cool high oil prices, which jolted markets and sparked criticism from the West.

This time around analysts widely expect the organization, which supplies a third of the world's crude, to maintain its official output target of 24.84 million barrels per day -- where it has stood for almost three years.

But with the International Energy Agency estimating that actual OPEC production is somewhat above the official ceiling, the cartel may decide to issue a statement promising stricter compliance with its quotas.

Qasemi on Sunday renewed calls for OPEC kingpin Saudi Arabia and fellow member Kuwait to ease back their above-quota production as Libyan oil flows back into the market.

The two Gulf states boosted production to compensate for the suspension of Libyan oil exports to avoid a surge in world prices after the North African country's descent into civil war this year.

Tehran, which traditionally favors high oil prices, has on several occasions called for a halt to the above-quota production since Libya resumed production in September, but it has largely not been heeded.

The cartel meets periodically to set production levels, hoping that its decisions result in favorable market oil prices for its dozen members, which also include Libya, Nigeria and Venezuela.

Analysts widely expect OPEC, which supplies a third of the world's crude, to maintain its official output quota of 24.84 million barrels per day -- where it has stood for almost three years.

Crude prices were mixed in Asia Tuesday on worries over Eurozone debt crisis with New York's main contract, light sweet crude for delivery in January, was up nine cents to $97.86 a barrel in the afternoon.