Jumblat Urges End to 'Storm of Hatred against Syrian Refugees' 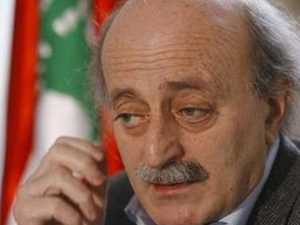 Progressive Socialist Party leader MP Walid Jumblat on Tuesday urged an end to what he called a “storm of hatred” against Syrian refugees in Lebanon.

“There is a need to put an end to the storm of hatred and racism against the Syrian refugees, who are contributing around $1.5 billion to the local economy,” Jumblat tweeted.

His tweet comes amid calls for returning Syrian refugees to so-called safe areas inside Syria.

The country has also witnessed controversy in recent days over an army raid on Syrian refugee encampments that resulted in the arrest of over 350 Syrians and the subsequent death of four detainees in army custody.

The army was also accused of abusing detainees after pictures emerged of dozens of shirtless men lying on the ground in rows, their hands tied behind their backs. The army chief has defended the measure by saying it was necessary to determine whether any of them was wearing a suicide vest, especially after five militants blew themselves up during the raids.

lol...Jumbalah want´s to give the Lebanese nationality to the mollembeqs!!!Jumbalah + Hariri = Macron the humanist...

do not persecuted the Daesh in Arsal...

Perhaps they should stop committing crimes?

wtf the army of Lebanon persecuted the daesh in the lebanese mollembeqs...