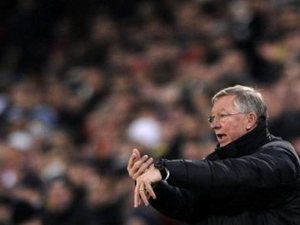 United manager Sir Alex Ferguson has repeatedly expressed his reluctance to add to his squad halfway through the season on the grounds there are few good deals to be had.

But, on Tuesday, the English champions announced that Scotland international Darren Fletcher faces a lengthy absence from the game because of a chronic inflammatory bowel problem.

And with fellow United midfielders Tom Cleverley and Anderson also injured and central defender Nemanja Vidic out of action as well, former Old Trafford favorite Ince believes Ferguson will add to his squad in January.

In particular, he believes Tottenham playmaker Luka Modric could be just what United need although rival title-chasers Spurs have insisted they will not be selling any of their star players in the New Year.

"I feel they need that creativity in midfield, losing Paul Scholes was a big loss obviously," Ince told BBC Radio Five on Wednesday.

"You're not going to get players like Roy Keane or Bryan Robson, those players aren't around anymore.

"The game has changed since then and you don't get those type of characters, so he (Ferguson) has got to look at another way of controlling the midfield and I think that can come from creativity in someone like Luka Modric or Andres Iniesta, they are the players I would be looking at.

"I'm sure Sir Alex will take stock and he'll be looking at what type of player he will need in January and it won't just be in midfield, I'm sure he's looking at a center-half with Vidic being out.

"But I'm sure he knows what to do, there's no point me telling him what to do because he's the greatest manager I've ever played under."

Ince, who also played for West Ham, Liverpool and Italian giants Inter Milan, said United could also do with a striker given Javier Hernandez is out for several weeks with an ankle problem and that relying too heavily on Wayne Rooney was a mistake.

"There is a lot of pressure on Rooney and we saw what that did to him in the World Cup," he said.

"If you are going to compete with the likes of Manchester City and Chelsea you need someone who is going to score you 20 goals a season and you can't just rely on Wayne Rooney to do it year in and year out.

"Nani has chipped in and Ashley Young was flying early on, but they have quietened down form-wise, so you wonder where the goals are going to come from.

"(Dimitar) Berbatov's not playing enough, Michael Owen is out injured again and Danny Welbeck is still a young lad but he will chip in with goals."