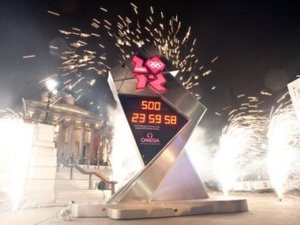 The Indian Olympic Association will formally ask organizers of the London Games to drop Dow Chemical as a sponsor over its links to the Bhopal disaster, acting chief Vijay Kumar Malhotra said Wednesday.

"We will express our displeasure to London Games organizers and ask them to drop Dow as one of their sponsors," Malhotra told AFP, adding that the company's role was "unacceptable".

Malhotra said the Indian Olympic Association would formulate its demand over Dow at a two-day meeting of the body in New Delhi which is set to begin on Thursday. He stressed that India would not boycott the event.

Indian activists have been battling for more compensation money with protests being led by Shivraj Chauhan, the chief minister of Madhya Pradesh state where Bhopal is located.

Malhotra said he had received a petition on Wednesday signed by 11,000 campaigners for Bhopal victims, led by former hockey Olympian Aslam Sher Khan.

Union Carbide settled with the Indian government in 1989 by paying $470 million for the Bhopal victims.

Dow, which is sponsoring a fabric shroud to be installed on the main Olympic Stadium, says all liabilities for the disaster were resolved with this payment.

"Olympics are about love, brotherhood and transparency and this company (Dow) is linked with (Union Carbide) which was responsible for killing thousands of Indian people," he said.

"It's unacceptable that such a company is a sponsor in the Olympics."

Maken last week described the row as a "sensitive issue" and said he has asked India's Olympic body "to take a strong decision on the issue".

London Olympic chief Sebastian Coe has defended the Dow Chemical sponsorship deal but Labour politician Ken Livingstone, who was mayor of London when the city won the right to host the Games, has urged a rethink.

Malhotra holds temporary charge of the IOA as his predecessor Suresh Kalmadi is in jail over corruption charges stemming from last year's shambolic Commonwealth Games in New Delhi.

The row over Dow has sparked a country-wide debate, pitting national sentiment with the Olympic dreams of athletes.

"The sentiments of the people should be put forth," IOA secretary general Randhir Singh said on Tuesday. "We cannot ignore them. We have informed the IOC (International Olympic Committee) of the protests in India."

Khan, a member of India's 1975 hockey World Cup winning team, said nothing short of a boycott would convey the country's hurt.

"Many countries in the past have boycotted Olympics. It's time for India and its sportspersons to take a stand," he said.