Clippers Get Chris Paul in Big Trade with Hornets 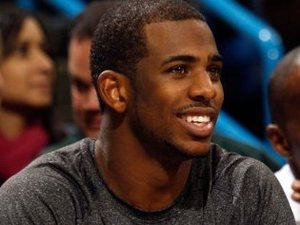 Chris Paul will supply the Los Angeles Clippers with so much more than alley-oop passes to Blake Griffin when he arrives in Hollywood on Thursday night.

A bold trade for New Orleans' superstar point guard on Wednesday just might alter the entire sports world's perception of the Clippers. After managing just six winning seasons in their first 41 years of existence, the bumbling Clippers suddenly look slick and scintillating after swinging arguably the biggest trade in franchise history, giving them two of the NBA's elite players and a capable supporting cast.

"We decided for a player of Chris' caliber that it was just time to make the move and push all our chips into the center of the table," Clippers vice president of basketball operations Neil Olshey told the team's website. "We're really happy about it. Chris is the kind of player that makes everybody around him better. He's a general. He wins. He's a warrior, and he's going to take this whole organization to the next level."

Even the Clippers themselves had trouble believing what their front office had just done in the moments after the trade was announced. Most of the players — including the ones who were traded — were on a holiday bus ride with season-ticket holders when their phones blew up with the news.

It's already a T-shirt in Los Angeles, and it should be a way of life when the playmaking Paul and the high-flying NBA Rookie of the Year get together.

The 26-year-old Paul is in his basketball prime after averaging 18.7 points and 9.8 assists in his sixth season in New Orleans, which he capped by almost singlehandedly throwing a scare into the two-time defending NBA champion Lakers in the first round of the playoffs.

Paul will earn $16.4 million this year, and he's expected to exercise his player option for the 2012-13 season, making $17.8 million. The Clippers are counting on it, hoping two seasons with Griffin will entice both players to form a long-term partnership.

For Paul, Wednesday night's trade means no more lame-duck practices — or ducking questions — in New Orleans. He's headed from the Bayou backwater to the bright lights of North America's second-largest market, teaming up with a forward whose finishing skills are a playmaker's dream.