Man City Aims to Bounce Back against Arsenal 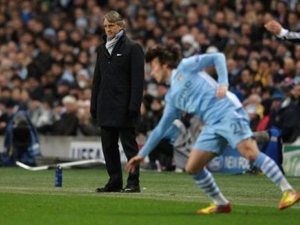 Eliminated from the Champions League and with its unbeaten run in the Premier League over, Manchester City's mettle will be tested by in-form Arsenal on Sunday as the battle for the English title hots up this weekend.

City's defeat by Chelsea on Monday blew the title race open ahead of the traditional busy schedule of Christmas fixtures, with four teams now within nine points of the leaders.

Roberto Mancini's side has just a two-point cushion from second-place Manchester United and with Netherlands striker Robin van Persie heading to Manchester in the form of his Arsenal career, City's lead could be in jeopardy.

City captain Vincent Kompany says the loss to Chelsea "has made us feel more hungry ... in those kinds of moments, we react."