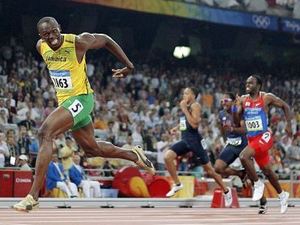 The fastest man on legs is taking on the fastest on wheels for the top prize at the Laureus World Sports Awards.

Usain Bolt, who won two gold medals at the 2011 world championships, and Sebastian Vettel, who became Formula One's youngest two-time champion in November, are among the nominees for the 2012 honors.

World champion sprinter Carmelita Jeter, first-time Wimbledon winner Petra Kvitova and golfer Yani Tseng are among those vying for sportswoman of the year.