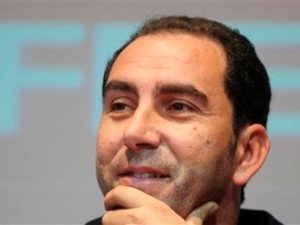 Albert Costa is stepping down as Spain's Davis Cup captain to become the coordinator of the Spanish federation's national teams.

Costa helped Spain increase its Davis Cup title haul to five trophies, winning the tournament earlier this month and in 2009.

The federation did not say who will take Costa's place as Davis Cup captain.