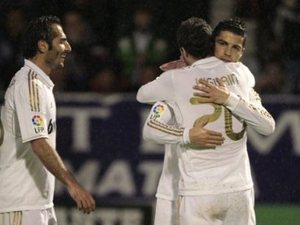 Real Madrid is facing a tough test at fifth-place Sevilla on Saturday as it looks to rebound from another loss to Barcelona in the Spanish league.

A win at Sanchez Pizjuan Stadium would move Madrid three points ahead of Barcelona, which has already played its 16th round match so it can compete in the Club World Cup.

Madrid eased to a 2-0 win at third-tier club Ponferradina in the Copa del Rey on Tuesday, but the real measure of how much the 3-1 loss to Barcelona has damaged its morale comes against Sevilla.

Madrid midfielder Kaka says "after losing the 'clasico,' it was important to win at Ponferradina. Now we are going to Sevilla excited by the chance to again move top of the table."