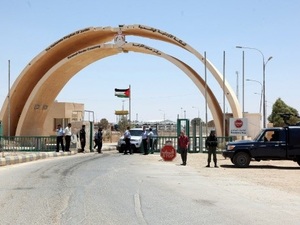 Jordan and Iraq on Wednesday reopened their only border crossing, saying security had been restored three years after the Islamic State group seized control of frontier areas.

In a joint statement, the two countries' governments said the crossing, called Turaibil in Iraq and al-Karameh in Jordan, was reopened after it was "secured... against attacks by criminal gangs."

The border crossing is part of a crucial route linking the Iraqi and Jordanian capitals, and its reopening comes after Iraqi forces managed to retake most of the territory seized by IS in 2014.

The route passes through the vast desert province of Anbar, where IS maintains some of its last bastions, including the towns of Rawa, Aanah and al-Qaim, more than 200 kilometers (125 miles) north of the border post.

The reopening of the post is a sign of increasing stability in the area and the restoration of commercial traffic will be important for the economies of both countries.

Iraq is bordered by Jordan and Syria to the west, Iran to the east and Saudi Arabia to the south.