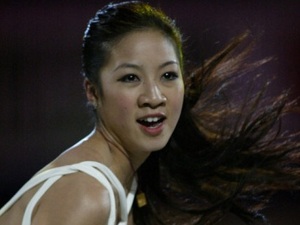 Kwan is the most decorated figure skater in U.S. history with nine American titles.

She won a silver medal at the 1998 Winter Games but despite her great success at the worlds failed in three attempts to win an Olympic gold medal.

Kwan will be inducted into the hall during the U.S. figure skating championships at the end of January.