Berlusconi: Cassano Could Return in January 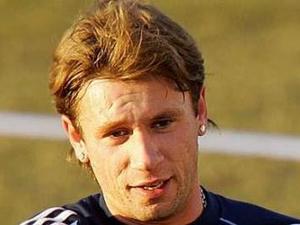 AC Milan forward Antonio Cassano, who underwent a heart operation on November 4, could return to training in January, according to a surprising prediction by club owner Silvio Berlusconi on Sunday.

"The doctors aren't ruling out the possibility that Cassano could return to training at the end of January," Berlusconi told Sky Sport.

Initial predictions suggested Cassano could be sidelined for six months after undergoing surgery on a heart complaint, seriously compromising his chances of representing Italy at Euro 2012.

During the interview, Berlusconi called for Brazilian forward Alexandre Pato, who happens to be the partner of Berlusconi's daughter, Barbara, to be selected alongside Zlatan Ibrahimovic in the Milan attack.

The former Italian Prime Minister also confirmed that his club would seek to sign Carlos Tevez during the January transfer window, following the Argentine's fall from grace at Manchester City.