50,000 UK Women Urged Not to Panic over Breast Implant Scare 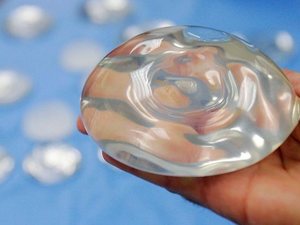 Health authorities sought Wednesday to reassure 50,000 British women who have breast implants made by a French company at the heart of a cancer scare, saying there was no evidence of a link to the disease.

France has said up to 30,000 women there may need to remove defective implants produced by the Poly Implant Prothese (PIP) company amid cancer fears, even though no "causal link" to the disease had yet been established.

The Medicines and Healthcare products Regulatory Agency (MHRA) in Britain, where up to 50,000 women have been given PIP implants, has urged patients not to panic, although it said they may want to consult their surgeons.

"We did extensive genotoxic and chemical tests and we could find no evidence of any safety aspect associated with this filler," MHRA medical director Suzanne Ludgate told BBC radio.

"We have been working very closely with the professional bodies to look at the incidence of cancer associated with these breast implants and we've worked with the cancer registry and we can find no evidence for any association."

She said the agency had also spoken to experts about concerns about breastfeeding, but "could find no danger".

Ludgate added: "There will be a lot of questions that women want to ask... and I'm sure that many of them will want to go and discuss the subject with their implanting surgeon and we would advise them to do that."

Before being shut down last year for using non-authorized silicone gel, PIP was the world's third-largest producer of silicone implants.

Douglas McGeorge, consultant plastic surgeon and former president of the British Association of Aesthetic Plastic Surgeons (BAAPS), said women with implants should check whether theirs were produced by PIP.

"Women with PIP implants should be checked by the clinic where they had their surgery and can then be monitored afterwards," he said.

"These implants have a higher failure rate so there will be women who might choose to have their implants removed before that happens, whereas others will be happy to be monitored."

Which Hospitals in Newcastle upon tyne used these pip implants?