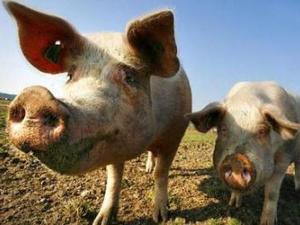 The pigs were culled earlier this week at a farm in the southern city of Tainan after showing symptoms of the disease.

Altogether 983 out of the 2,667 pigs on the farm were culled and the rest were vaccinated, the Bureau of Animal and Plant Health Inspection and Quarantine said in a statement.

No foot-and-mouth symptoms have been found so far in animals at 11 other farms within a three-kilometer (1.8-mile) radius of the affected farm, it said.

More than three million pigs were slaughtered in 1997 in the wake of a foot-and-mouth epidemic.

The highly contagious virus affects cattle, pigs, sheep and other cloven-hoofed livestock. It is not usually fatal, but an outbreak leads to losses in the production of meat and milk.