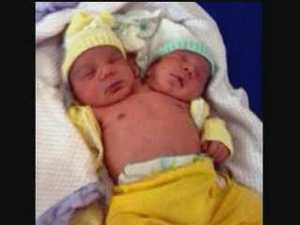 A two-headed baby born in Brazil this week is actually a set of conjoined twins sharing one body because of a rare birth defect, doctors said Thursday.

The twins, born on Monday and named Jesus and Emanuel in honor of the upcoming Christmas holiday, have distinct brains and spinal cords but share internal organs, appearing as a single baby with two heads.

Because both brains are functioning and the twins are in stable condition, doctors have ruled out any kind of surgery for the moment, according to the Santa Casa de Misericordia Hospital in the northern town of Belem.

The two babies "would be twins but ended up being joined together because of a delay in the cellular division," the hospital said.

"It's important to understand that this is two babies and not one baby with two heads," said Dr Neila Dahas, assistant director of the hospital.

"They underwent a battery of tests, and it was found that there are two distinct brains and spinal columns, but they share the other organs."

Dahas added that "it is impossible to make a decision regarding surgery, for both physical and ethical reasons."

The hospital said the 23-year-old mother only learned that she was pregnant with twins at the time of the delivery, when an ultrasound was performed.

But one set of twins born with the condition in 1990, Americans Abby and Brittany Hensel, have led a relatively normal life in the U.S. state of Minnesota and appeared in a documentary in 2008.

God bless them and the mother