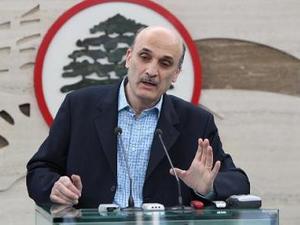 Lebanese Forces leader Samir Geagea on Sunday said he rejects any extension of the 7:00 am-7:00 pm voting period, describing such a move as a “clear and blatant violation of the electoral law and the applicable laws.”

“If Hizbullah has not been able to up the voter turnout in some regions, as it was hoping, this should not lead to disregarding the applicable laws to give Hizbullah a second chance,” Geagea said in a press release.

“The voting period should not be manipulated under pressure from any party or side,” Geagea stressed.

After casting his vote in a Beirut district, Qassem had said: "We are discussing extending the voting period with the interior ministry."

"We suggest voting be extended for two hours," he said.

President Michel Aoun said on Twitter he was "surprised with the low turnout," and encouraged voters to head to polls before they close at 7:00 pm (1600 GMT).

"If you are there, then of course the time will be extended so you can all vote," he said in a televised address.

The Interior Minister later announced that voters present “inside and around” polling centers would be allowed to cast votes after the official closure at 7:00 pm.

Lebanon's last parliamentary election was in 2009, when national voter turnout was at an estimated 54 percent. The legislature was since extended three times.