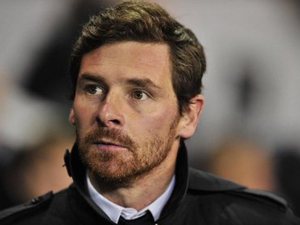 Andre Villas-Boas conceded Chelsea's Premier League title hopes suffered a severe blow after his side dropped home points in the 1-1 draw with Fulham.

Villas-Boas's team have now drawn their last three games and while last week's stalemate at Tottenham was regarded as a creditable result, failing to beat Wigan and Fulham must be regarded as major disappointments for a team with ambitions to top the table.

And having seen his side reduce the gap on leaders Manchester City to seven points two weeks previously, Villas-Boas admitted the failure to build on that result meant his team’s challenge had once again ebbed away.

City's draw at West Bromwich Albion meant the manager’s worst fears of a 13-point deficit were not realized.

But with both Roberto Mancini's side and Manchester United lying 11 points clear of the Blues - who will drop to fifth if Arsenal beat Wolverhampton Wanderers on 27th December - Chelsea's prospects of closing the gap look slim.

Aston Villa will visit Stamford Bridge on December 31 but Villas-Boas admitted he was accounting for maximum points from two home games.

"I think it's pretty difficult," said Villas-Boas when asked about his team's chances of closing the gap. "If we had had a good December, which would have been good with six points from these two home games, we would have had a chance.

"But bearing in mind this draw, if they (City and United) do their jobs, it'll be very difficult for us to win it.

"You assess things as they are. There's no big drama in terms of how we look at things. But you have to be sufficiently realistic.

"That is the perspective we have to make at the moment: it's difficult. It's not impossible. You cannot say that. But we have to focus on our position at the moment and make a real assessment.

"We continue to do that. There is always tension for you to get results in a massive club like this one. You have to be real. You cannot live under false expectations when the gap is this big."

Villas-Boas plans to strengthen his squad in January by signing a center back, with Bolton's Gary Cahill his main target.

"We are trying to close the deal on a central defender. I don't think we'll do much more than that. Maybe one player more," Villas-Boas said.

"A central defender will be our priority. We had initial talks with Bolton, but that doesn't mean a deal will be concluded. We will see."

Juan Mata's 47th minute goal was cancelled out by Clint Dempsey's 56th minute equalizer, providing a timely lift for Martin Jol's side after the 5-0 defeat at the hands of Manchester United.

Strikers Bobby Zamora and Andy Johnson were both missing from the Fulham team and Jol admitted he was unsure when they would return.

"Zamora had to pull out with an Achilles problem. Andy Johnson, in the same training session," Jol said.

"Andy's had this groin injury, so maybe he'll be back in the week. It was on Christmas Eve, the day before yesterday. Bobby, I don't know. The Achilles is always a bit different. Johnson is a bit different.

"And Damien Duff pulled out with a calf problem he's been feeling for the last six weeks or so."