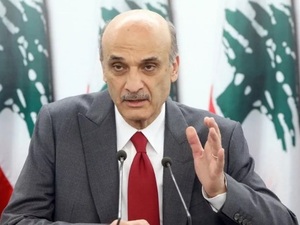 The latest meeting between Prime Minister Saad Hariri and Lebanese Forces leader Samir Geageaa “has turned the page on the disagreement of the past months” between the two parties, an LF official said.

Geagea “wanted the meeting to be the beginning of a new and productive political phase that can improve people's lives and restore confidence with the formation of the new government, after benefiting from the positive shock that was created by the elections,” LF spokesman Charles Jabbour told Asharq al-Awsat newspaper in remarks published Sunday.

He noted that the meeting at the Center House “laid the foundations for the new phase, starting by keenness on sovereignty, the rise of a real state and rapprochement and communication with the sovereign forces over issues related to sovereignty.”

Jabbour added: “The relation between al-Mustaqbal Movement and the LF has been restored and coordination mechanisms have been devised based on the belief in sovereignty that both Hariri and Geagea share.”

He also noted that “there is an agreement between the two parties in the government and regarding the general policies, which starts with issues related to sovereignty and involves social issues among other files.”

Relations between the LF and Mustaqbal were strained after some Mustaqbal officials accused the LF of encouraging Saudi leaders to force Hariri to resign in November.

The row was also linked to Geagea's statement following Hariri's shock resignation from Saudi Arabia that the premier should have resigned earlier and that "no self-respecting person would stay in the government after all the events of the past few months."