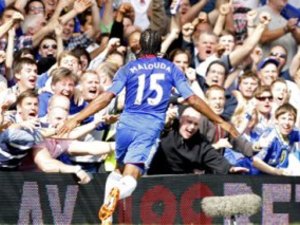 Unsettled Chelsea midfielder Florent Malouda has hinted he could look to quit the club during the winter transfer market.

Malouda's bid to cement his place in the France team ahead of next summer's Euro 2012 in Poland and Ukraine has been compounded by his lack of playing time under Andre Villas-Boas at Chelsea.

The 31-year-old has started only once in the past nine games, in a League Cup tie against Liverpool, and the success of Spaniard Juan Mata has left Malouda sitting in frustration on the Chelsea bench.

After coming on as a second-half substitute in Chelsea's 1-1 Boxing Day draw at home to Fulham, Malouda told Canal Plus television he is starting to look at options elsewhere.

"I can't be satisfied with that, there's a huge difference between the amount of time I'm playing and what my ambitions are," Malouda told the channel according to L'Equipe sports daily.

"So we'll see what happens in the winter transfer market. If I have to, I'll go elsewhere because, looking back at the first half of the season, I just can't be satisfied with that."

According to Paris daily Le Parisien, Malouda could be set for a move to Paris Saint-Germain.

The current Ligue 1 leaders are on the lookout for established international stars in the January transfer window and their Qatari owners have the money to spend.

Malouda could also team up with his former Chelsea boss Carlo Ancelotti, who is widely expected to be appointed as coach at the Parc des Princes in the coming days, replacing Antoine Kombouare, who was sacked last week.

Chelsea, who have now drawn their last three games, are now 11 points behind both Manchester City and Manchester United.

Villas-Boas said: "Maybe the Premier League is over for us at the moment."

Villas-Boas plans to strengthen his squad in January by signing a centre back, with Bolton's Gary Cahill his main target.