Coe Vows Olympics London Will Not Be 'Siege City' 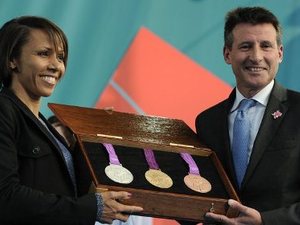 London Olympics chief Sebastian Coe has vowed the British capital will not become a "siege city" in 2012 despite plans to deploy large numbers of weapons and soldiers, in comments published in the UK's Guardian newspaper.

The British government announced this month it would have 13,500 troops on duty for the 2012 Games, more than the 7,000 widely expected.

Two navy ships, warplanes and ground-to-air missiles would also be deployed to provide security, it said.

But Coe insisted that security concerns would be finely balanced with making visitors feel welcome.

"There has to be proportionality here," he told the newspaper.

"You don't want people coming to London thinking they've walked into siege city, being filmed every 20 paces they take and being bundled off pavements.

"It's certainly not what you are going to get legacy tourism from."

He added: "There is no appetite for risk ... But we also want people to come here and leave feeling they've had an extraordinary time and want to come back."

Announcing the plans for troops and weapons on December 15, Defense Minister Philip Hammond said they would "contribute to ensuring a safe, secure and enjoyable 2012 Olympics."