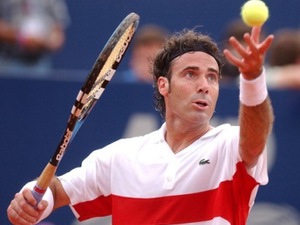 New Spain captain Alex Corretja remains hopeful that Rafael Nadal will be available to the Davis Cup champions despite the second-ranked Spaniard announcing he won't compete in the event in 2012.

Corretja says neither Nadal nor David Ferrer have told him personally that they will be unavailable for the five-time winners. Corretja plans to speak to the pair at the Australian Open to see "if they can or want to play, or if they can play certain series'."

Corretja signed a two-year deal on Tuesday to replace Albert Costa, who led Spain to a second title in three years in charge earlier this month.

Nadal and fifth-ranked Ferrer both said after that victory over Argentina they would be unavailable with 2012 being an Olympic year.