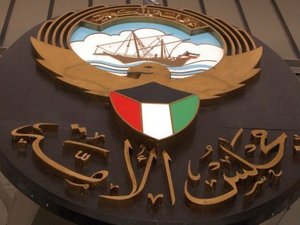 Kuwait's top court on Sunday sentenced two serving opposition lawmakers and six former legislators to 42 months in jail after convicting them of storming parliament and assaulting police in 2011.

The Supreme Court sentenced five opposition activists to the same term for the same offences, according to the ruling seen by AFP.

The nighttime storming of parliament in November 2011 came after a protest against then prime minister Sheikh Nasser Mohammed al-Sabah over corruption allegations.

The premier -- from the ruling Al-Sabah family -- resigned later that month.

Some of those convicted were done so in absentia.

The court found 34 other activists guilty of storming parliament but decided not to punish them, without immediately explaining why.

Former lawmaker Mussallam al-Barrak -- and serving Islamist parliamentarians Waleed al-Tabtabai and Jamaan al-Harbash -- were among those handed the 42-month jail term in one of the most publicised court cases in Kuwait's history.

Barrak was released from prison in April 2017 after serving a two-year sentence for insulting Kuwait's Emir Sheikh Sabah al-Ahmad Al-Sabah.

The oil-rich Gulf state's parliament has been dissolved seven times since 2006 due to frequent feuds between the government and opposition.

The Supreme Court's ruling is final.