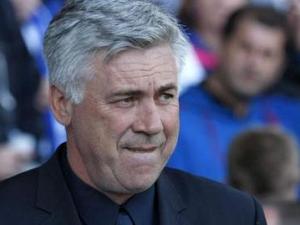 Paris Saint-Germain have confirmed that Carlo Ancelotti was at Parc des Princes on Wednesday, amid reports the 52-year-old Italian is poised to replace Antoine Kombouare as coach of the ambitious French club.

Pierre Octave Arrighi, head of operations at PSG, confirmed Ancelotti's presence after a day of fervent speculation in the French media and on social networking sites such as Twitter, but said no announcements would be made on Wednesday evening.

Arrighi would not tell reporters outside the stadium why the former Chelsea and AC Milan coach was there, but Ancelotti's installation as first-team coach now appears to be only a matter of time.

French dailies L'Equipe and Le Parisien had reported earlier on Wednesday that Ancelotti was due to be appointed as the new coach of the Ligue 1 leaders.

Ancelotti spent eight years in charge of Milan from 2001, twice delivering the Champions League, but has been out of the game since Chelsea sacked him at the end of last season after two years at the Stamford Bridge helm.

He is understood to have agreed a two-and-a-half-year contract with PSG and if reports of a salary of up to seven million euros ($9m) a season are even close to reality, he would become the best-paid coach ever to work in France.

Ancelotti was believed to be preparing to fly out on Sunday to the Middle East, joining PSG's winter training camp in Qatar and Dubai through to January 5.

Should his appointment be confirmed, his first match would be a French Cup round-of-64 encounter with lower-league outfit Locmine on January 8.

PSG, who last won the French title in 1994 when they boasted stars such as George Weah and David Ginola, secured top spot in Ligue 1 at the halfway stage of this season after beating Saint-Etienne last week.

Yet the club's mega-rich owners Qatar Sports Investments (QSI) have always appeared keen to replace Kombouare with a coach of international renown.

Kombouare, himself a former PSG player, has still not officially been sacked by the club but it is widely accepted that his future now lies away from Parc des Princes.

Other names in the frame to take his place were former Barcelona coach Frank Rijkaard and ex-PSG midfielder Claude Makelele, who is now involved behind the scenes in an advisory role to sporting director Leonardo.

QSI president Nasser al-Khelaifi promised after last summer's buy-out to "to make the club a great team and a strong brand on the international scene".

They promptly spent in excess of 85 million euros to attract nine new players to the club, including 22-year-old playmaker Javier Pastore, who became the most expensive player in Ligue 1 history after arriving from Palermo for 42 million euros.

Leonardo is reportedly close to bringing veteran England midfielder David Beckham to the French capital, with reports that the club has already reached an agreement to sign the 36-year-old, whose contract with LA Galaxy expires at the end of the year.

Leonardo, a former PSG star, knows Ancelotti well, having been technical director at Milan during part of Ancelotti's tenure with the Rossoneri.

Ancelotti's imminent arrival has also sparked speculation linking PSG with players to have played under the Italian in the past, including Chelsea's French winger Florent Malouda and Milan's Brazilian forward Alexandre Pato.