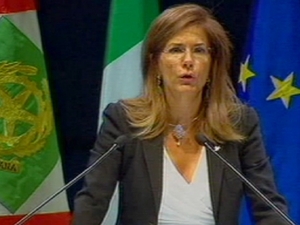 The index was at 92.5 points compared to 94 points last month, Istat said, adding that the declines was due to concern among business owners on the forecasts for production and future orders.

Confidence fell particularly steeply in the construction and retail sectors but rose slightly for investment businesses.

Prime Minister Mario Monti has helped ease fears of an imminent debt blow-up but his tough austerity measures have raised concern about the impact on an economy already on its way to recession.