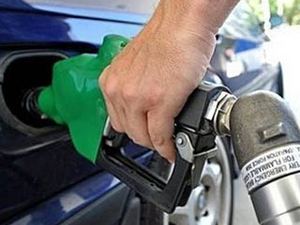 In London, Brent North Sea crude for February gained 45 cents to settle at $108.01 a barrel.

Distillates also rose unexpectedly, by 1.2 million barrels. These stockpiles, which include heating fuel, are closely watched by the market at the beginning of winter.

Also tempering demand was a feeble Italian debt auction that helped push the euro to a 16-month low against the dollar. That makes dollar-priced crude less attractive to buyers using euros.

But oil prices rebounded into positive territory in late trade.

"The market is extremely lightly traded so it does not take a lot" to produce sharp price movements, said Tom Bentz at BNP Paribas.

"After getting down towards the $98 area the market got quiet, and we got a recovery," Bentz said.

"The reality is that there is a lot of stuff going on in the Middle East and that the market is nervous about it."

A showdown between Iran and the United States over Tehran's threats to close the strategic Strait of Hormuz to oil tankers worsened Thursday.

Iran's Revolutionary Guards rejected a warning that the U.S. military would "not tolerate" such a closure, saying they would act decisively "to protect our vital interests."

More than a third of the world's tanker-borne oil passes through the Strait of Hormuz, a choke point linking the Gulf's petroleum-exporting states to the Arabian Sea and beyond.

Also helping prices were better-than-expected reports on pending sales of U.S. homes and manufacturing activity in the Chicago region, and a weekly jobless claims reading that confirmed the broader trend of improvement in the depressed labor market.