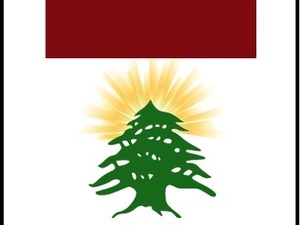 Lebanon’s Foreign Ministry denied in a statement on Thursday reports published in al-Akhbar daily claiming it rejected the accreditation of a new Kuwaiti ambassador.

It added: “The State of Kuwait has decided a while ago to extend the term of its current ambassador in Lebanon, Abdul-Al al-Qinai, which is a sovereign right to countries that the Lebanese state has never opposed.”

“Kuwaitis and Lebanese people have historic relations rooted in the Arab conscience and stronger than any attempt to undermine them,” it affirmed.

The foreign Ministry and Al Akhbar newspaper are as credible as when @mowateh aka giga incorruptible says he is not shia and has only one account, or when @southern says he is patriotic, or even worse when @blablablabla says he is French and lives in Harissa.

If bassil's privately owned foreign ministry is discrediting reports invented by al akhbar that says a lot about this bankrupt iranian mouthpiece's credibility.

Al Akhbar is the only news media the shia australian billionaire who trots and roars the globe in his private jet and posts from airports while his private jet is refueling.

I believe the State of Kuwait more than the Foreign Ministry. The Kuwaitis fear God, the thief in law doesn’t.

It was Israel who caused this! lets do the SANA/Almanar thing and move on. Not sure why these sensational news cutlets make the headlines here? What is it with Lebanese and conspiracies? why do we tend to believe one hundred lies before 1 truth?

It was Israel who caused this!
What exactly has this to do with Israel? Apart from your warped mind!!

Phillipo its called foolery and not my warped mind. In Lebanon when the glorious resistance or Syrians cannot explain something they have done they usually blame it on Israel. Its a common thing that SANA or Almanar would do say for example if a bomb goes of etc. My mind could be warped but its a joke that most Lebanese laugh at when they hear it explained by the Syrian or Iranian media....