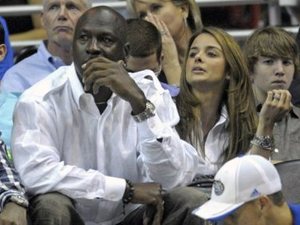 Michael Jordan, the NBA Hall of Famer who is now majority owner of the league's Charlotte Bobcats, is engaged to marry longtime girlfriend Yvette Prieto, a spokeswoman confirmed Thursday.

The 48-year-old Jordan and 32-year-old Prieto -- a Cuban-American model -- have reportedly been dating since 2008. No wedding date has been announced.

Jordan has been married before.

His 17-year marriage to Juanita Jordan ended in divorce in 2006. They have three children.