Tennis: Hewitt Still up for the Fight 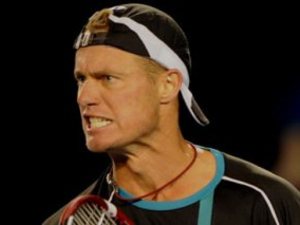 Former world number one Lleyton Hewitt says reports of his demise have been greatly exaggerated.

Speaking in Perth as he prepared for the mixed teams Hopman Cup, the 30-year-old said he was not ready to hang up his racquet just yet, despite a string of injury setbacks that has seen his ranking plummet.

The dual Grand Slam champion heads into the new season ranked 186th in the world, a far cry from his lofty status at the top of the men's game back in 2001.

Hewitt is coming off a 2011 in which he played just 20 matches, and won only nine of those, as his injury woes of the last few years continued.

His only two Grand Slam appearances were a first round exit at the Australian Open and second round departure at Wimbledon, before a chronic foot injury that had been troubling him all year flared again in Australia's Davis Cup loss to Switzerland in September and ended his season.

There were concerns in recent weeks that the foot injury would force Hewitt out of the Australian Open and could end his career, but the feisty right-hander dismissed both suggestions.

"Retirement talk has been there since I was 26," he said.

"For me, it's just a load of rubbish.

"I'm fortunate I'm in a sport that I can choose when I want to stop when the time's right.

"I'm probably more motivated now than even a couple of years ago.

"The motivation is still there for me to go out and compete."

Noted for his determination on the court throughout his career, Hewitt admitted he was unlikely to ever be fully fit again, having also had to overcome back and hip problems during recent years.

"I've been doing all the right things and hopefully I can get out there and play as pain-free as possible," he said.

"But it's been a while since I have been injury-free and pain-free.

"It's a matter of just being mentally tough out there and not worrying about it, being as close to 100 percent as possible."

Hewitt is paired with world number 33 Jarmila Gajdosova at the Hopman Cup.

He has been granted a wildcard into the Australian Open, at which he was beaten in an epic final by Russian Marat Safin in 2005.