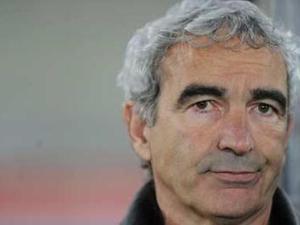 Former France coach Raymond Domenech has donated 150,000 euros he earned as a bonus in the 2010 World Cup to two amateur football clubs and a charity, it was reported Friday.

Le Parisien newspaper said that Domenech had given 70,000 euros to the Athletic Club de Boulogne-Billancourt (ACBB), with the remaining 80,000 euros split between an inner-city football club and a charity.

"We thank him for this gesture. We were not expecting such recognition from him. It's a fantastic present for the club and our youngsters," ACBB president Jacques Migaud told the daily.

Since being sacked for misconduct after the 2010 World Cup, Domenech has coached the under-11s team at ACBB, a club that enjoys the third highest number of registered players in France.

France's 23 players in South Africa all agreed to give up their bonuses after a disastrous World Cup that saw them eliminated at the group phase following a strike by the players.

The squad refused to train in protest at the French football federation's decision to send home Nicolas Anelka after he was involved in a clash with Domenech.

Anelka was subsequently handed an 18-match international ban for his role in the affair, with Patrice Evra and Franck Ribery banned for five and three games respectively. Jeremy Toulalan was also banned for one game.