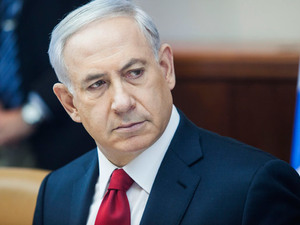 John Bolton arrived in Israel on Sunday for three days of talks expected to focus mainly on Iran and its presence in Syria.

Netanyahu strongly urged Trump to withdraw from the nuclear deal between Israel's main enemy Iran and world powers, and the US president did so in May, resulting in the reimposition of sanctions.

Israel and the United States have been closely aligned on their approach to Iran since Trump took office.

"I frankly believe that all countries who care about peace and security in the Middle East should follow America's lead and ratchet up the pressure on Iran," Netanyahu told journalists.

The comments were a veiled reference to European countries, which are seeking to save the nuclear deal and have vowed to keep providing Iran with the economic benefits it received from the accord.

They argue that the nuclear deal is working as intended in keeping Iran from obtaining nuclear weapons for now.

Bolton said "it's a question of the highest importance for the United States that Iran never get a deliverable nuclear weapons capability."

"It's why President Trump withdrew from the wretched Iran nuclear deal," he said, speaking alongside Netanyahu.

"It's why we've worked with our friends in Europe to convince them of the need to take stronger steps against the Iranian nuclear weapons and ballistic missile programme."

The United States and Israel argue the deal was too limited in scope and timeframe while also allowing Iran to finance militant activities in the region due to the lifting of sanctions.

Bolton's trip will also take him later in the week to Ukraine and Geneva, where he will meet with his Russian counterpart Nikolai Patrushev on Thursday.

The meeting in Geneva is a follow-up to Trump's highly controversial July summit with Russian President Vladimir Putin in Helsinki, according to the White House.

Netanyahu has pledged to prevent Iran from entrenching itself militarily in neighbouring Syria, and a series of recent strikes that have killed Iranians there have been attributed to Israel.

He has also pressed Putin to guarantee that Iranian forces in Syria and their allies, such as Hezbollah, will be kept far away from the Israeli-occupied Golan Heights.