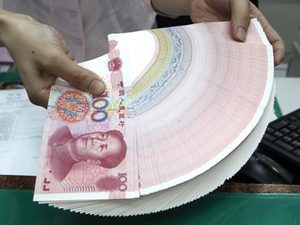 Beijing's trading partners have long criticized its Yuan exchange rate, saying it is kept artificially low, fuelling a flow of cheap exports that have helped trigger massive trade deficits between some countries and China.

But Beijing defends it, saying authorities are moving gradually to make the Yuan more flexible.

"In terms of future direction, exchange rate fluctuations will widen", Zhou Xiaochuan, governor of the People's Bank of China, said in an interview with weekly magazine Caixin.

The yuan is currently allowed to trade 0.5 percent on either side of a midpoint price set by the central bank every trading day.

Zhou's comment indicates the Yuan may fluctuate further in the future but not necessarily appreciate as is demanded by China's trading partners, including the United States.

His comment comes after China pledged Wednesday that it will continue to make the exchange rate more "flexible".

The US Treasury said earlier in December that the Yuan had risen 7.5 percent against the dollar in the 18 months since Beijing began allowing a managed appreciation and by 12 percent if China's high inflation rate was figured in.

Nevertheless, it called the level of appreciation "insufficient" and said more progress was needed.

He cautioned that China faced an uncertain outlook, pointing for example at the unknown impact of falling property prices on the economy.

Recent data has indicated that export-driven China is slowing, and Beijing is under pressure to further loosen monetary policies to prevent a painful hard landing.

China's economy is expected to grow 9.2 percent in 2011 and 8.9 percent next year, which would be the slowest pace in more than a decade, a state-run think tank said earlier in December.